A beast of a rifle that was as much of a challenge to master in game as it was to build. The Mass Effect 3 Javelin sniper rifle was easily one of the most unique weapons from the franchise. A total of 13 individual molds were made for the prop. EL wire was used to illuminate the wingalings and 4 LED's were used to illuminate the barrel which is activated by a custom made trigger switch. The overall product is 40" long and weighs in at 6 lbs. 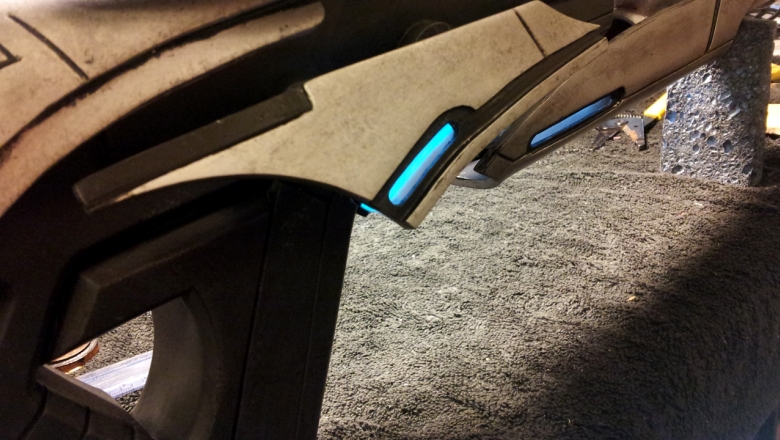 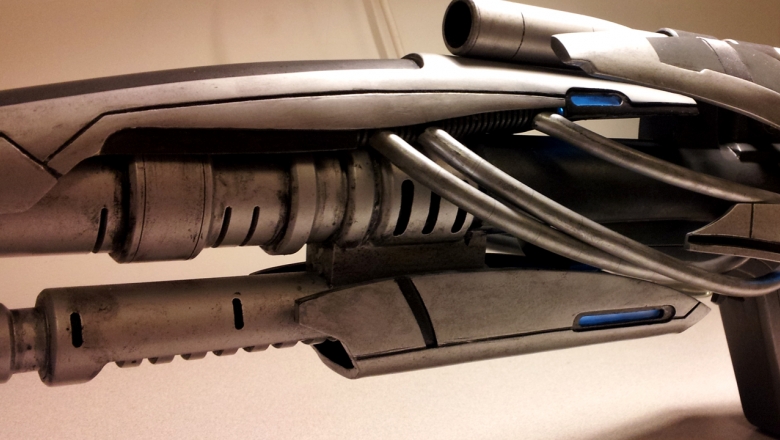 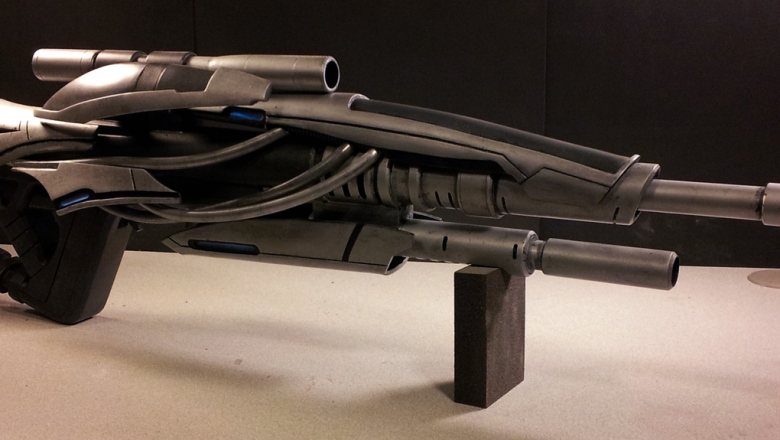 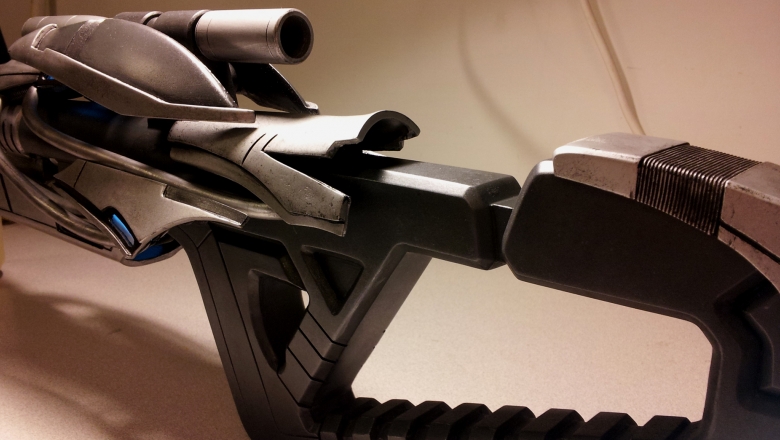